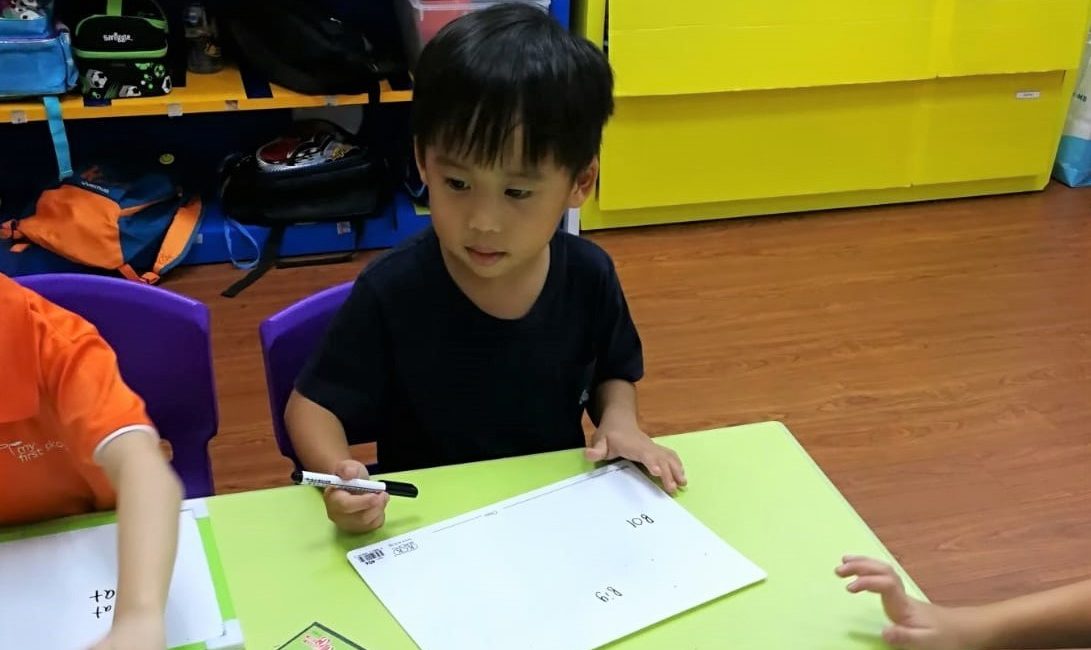 SPD piloted the two new programmes, EIPIC Under-2s and Development Support (DS)-Plus. Read more on how Thaen Aiyen and Elijah Lim have improved under the programmes.

The Government recently announced two new programmes to provide greater support for children with developmental needs. Families could look forward to a more comprehensive suite of Early Intervention (EI) services which would better cater to their children’s needs. In addition, more families would benefit from lower out-of-pocket fees for various EI programmes.

SPD has been part of the pilot project of the two programmes from nearly two years ago. EIPIC Under-2s was piloted from January 2017 with eight children while Development Support-Plus (DS-Plus) was trialled from July 2016 with 29 children from SPD@Jurong.

In preparation for the EIPIC Under-2s programme, SPD made adjustments to the existing space with babies and toddlers in mind. The programme outline was also tailored to their needs and required caregivers to participate more actively. These measures have enabled the children to make significant progress as intervention strategies were embedded in their daily home routines.

Thaen Aiyen was 19 months old when he enrolled in SPD’s EIPIC Under-2s pilot programme. When his parents observed that he had some developmental delays, they brought him for assessment where he was suspected of having Autism Spectrum Disorder (ASD). To help Thaen Aiyen, intervention was conducted both at SPD@Jurong and at Thaen Aiyen’s home. The SPD team conducted home visits at specific timings, such as mealtimes, self-care time or play time. They also taught his parents to use transition objects, for example, a red ball to indicate playground and a spoon to indicate meal time, to help Thaen Aiyen follow his home routines. His mother also introduced a variety of food with different textures and taste for him to explore daily. With the conscientious efforts and the support of his parents, Thaen Aiyen is now able to tolerate touching and tasting more food items, as well as better able to follow his home routines.

For the DS-Plus pilot run, SPD’s early intervention professionals were trained to provide intervention under a trans-disciplinary and key worker model. For instance, if the child’s main area of focus is language or speech, a speech therapist would be working directly with the child while being supported by the other SPD professionals, like a physiotherapist, in his secondary needs area. Job shadowing and sharing sessions were conducted to enable staff involved in the pilot to share their experience with other staff. Staff also gained experience working and collaborating with preschools during the intervention programme.

“Providing intervention to the children within their natural classroom environment gave me the opportunity to see first-hand the hard work that preschool teachers put into every lesson, and have a deeper understanding of the challenges some children face when learning in a large class setting. Open communication between the parents, the preschool teachers, and the early intervention professional was crucial in ensuring success for the child under the DS-Plus programme,” said Jessica Chiew, speech therapist at SPD@Jurong.

“Encouraging preschool teachers and parents to use specific strategies in the classroom and at home meant that children had the opportunity to practice and generalise skills across different settings. Working in the mainstream preschool setting, I grew in my ability to think flexibly and creatively because when you are in a class with more than thirty 5 and 6-year olds, you have to constantly think on your feet!” Jessica added.

With DS-Plus, which caters to children who have made significant progress under EIPIC, many of the children were more participative in group settings and they learnt to play together with their peers. Six-year-old Elijah Lim was one of them. Elijah started talking at the age of four years with less than 10 words. When he began attending the Building Bridges EIPIC Centre at SPD@Jurong in March 2017, his speech was unclear and he needed a lot of encouragement to speak and participate in class activities. However, with regular and structured intervention, Elijah progressed very quickly at EIPIC and transited to the DS-Plus programme.

Elijah received speech and language therapy support in his preschool. In collaboration with the early intervention professionals, his preschool teacher implemented several strategies that helped Elijah gain greater success and independence in the classroom. This include providing written instructions in a numbered list to help Elijah complete his work in a sequential manner, providing adequate wait time after asking a question so he has time to formulate his answers, as well as purposefully calling students out by name so that every child is given an opportunity to participate in class discussions.

Despite a late start in his speech and language development, Elijah has shown marked improvements in both his speech and language skills. Elijah has also developed an interest towards his learning, and is able to recall what he was taught in class better. At the same time, he has learnt to take more responsibility and ownership over his school work and homework, and makes attempts to complete them independently.

“Elijah has shown tremendous improvement in articulation and interaction with his peers, and with it, an increase in his vocabulary. This enabled Elijah to express his feelings better, which helps him with his day-to-day activities, socialising and building up his confidence. Most importantly, the DS-Plus programme is customised to his individual learning needs in his preschool classroom setting, helping him to adapt faster in Primary School”, shared Mdm Pang Chong Jie, Elijah’s mother.

Through the enhanced programmes that are tailored to meet the children’s needs better, families could look forward to building a stronger foundation for their children with developmental needs and maximising their potential to the fullest.

Every $50 donation keeps a client at home with his loved ones instead of turning to institutional care.

Every $50 donation keeps a client at home with his loved ones instead of turning to institutional care.