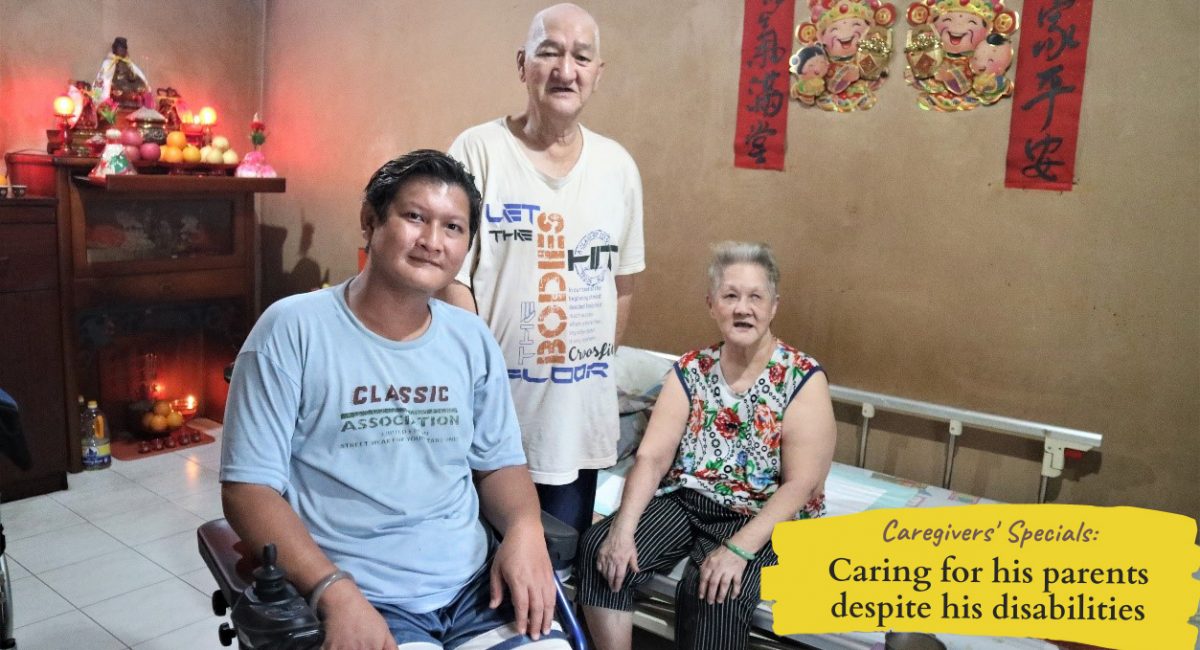 Caring for his parents despite his disability (Caregivers’ Specials)

Goh Kok Huat is the main caregiver of his elderly parents, both stroke survivors in their 70’s, even as he battles an auto-immune condition.

In this instalment of the Caregivers’ Special, we meet up with 45-year-old Goh Kok Huat, the main caregiver of his elderly parents, both stroke survivors in their 70’s, even as he battles an auto-immune condition.

An only child, Kok Huat describes his family as typical when he was growing up. The elder Mr Goh worked long hours as a forklift driver at a logistics company whilst mother Mdm Low babysat some of the neighbours’ children. Kok Huat enjoyed spending time with his mother, going on trips to the market when he was in primary school, and having long chats with her when he got older. He loved listening to his mother talk about her stint as a helper in Brunei before she got married, as well as her recipes.

“If she had opened a tze char (a Hokkien term to describe dishes influenced by home-cooked Chinese food) stall, it would have been very popular because whatever she made was delicious,’ reminisced Kok Huat with a smile.

A sign of the impending struggles first appeared on the horizon when Kok Huat sustained a head injury when he was 16 years old. “It was during a platform diving competition. There was some algae on the edge of the diving platform, I slipped  and hit my head  before falling into the water.” Kok Huat survived the incident after undergoing three surgeries. Due to his injury, he was exempted from National Service and the family’s Medifund was wiped out to cover the medical bills.

Three years later in 1999, Mdm Low was diagnosed with a mild stroke, and then a more serious one in 2004 which resulted in weakness on the right side of her body and she had difficulties moving about. Mdm Low spent several months recuperating at a nursing home as both Kok Huat and the elder Mr Goh were still working. When Mdm Low got well enough to go home, father and son took turns between their work shifts to assist in her activities of daily living.

Life threw them another curve ball  when the elder Mr Goh suffered a stroke in 2014. Kok Huat described that period of time as “very tough as I had to care for both of them 24/7.” With no help or support from his extended family, Kok Huat had to manage both his parents’ activities of daily living, and help his father to re-learn all his basic life skills, such as speaking, drinking and feeding himself.

Disability struck Kok Huat without warning in 2016. He was operating a forklift at work one day when his limbs gave way and he fell from a one-storey height.

Kok Huat had no idea what happened then. “I was shocked and realised I was sitting in a puddle of water. I wondered aloud where the water came from and my colleagues told me I had wet myself. I realised then that I had no sensation in the lower half of my body.”

He was rushed to the hospital as the loss of sensation spread throughout his body and he could not move. It was only after an injection that Kok Huat regained some sensations in his upper body, and multiple bags of steroid and saline drips later that he felt some strength returning to his body. Two months of blood tests and multiple consultations later, Kok Huat, then only 40, was diagnosed with Nero-Sjogren Syndrome, a disorder of the immune system, which his doctors claimed “was very rare for someone as young as you”.

Although his company redesigned his role to one that was desk-bound, Kok Huat decided to resign shortly after. “I felt bad as I was going in and out of the hospital and I felt that I was getting paid to do very minimal. I didn’t want to be a burden,” he said.

Duty of the Son

Wanting to get better so that he could return to full-time employment, Kok Huat enrolled in SPD’s Transition to Employment programme in 2017 for therapy and work-hardening training. Despite his best efforts, he was unfortunately certified permanently unfit for work a year later.

Now, the family relies on financial assistance from the Government and gets by with the barest necessities whilst Kok Huat keeps a lookout for home-based job opportunities to make ends meet.

Kok Huat’s will continued to be tested over the last two years as the elder Mr Goh had developed vascular dementia and Mdm Low, who is blind in her left eye due to a childhood accident, is now partially blind in her right eye as well due to cataracts.  Kok Huat, who can not feel sensations in his legs and has to use a wheelchair to get around, perseveres with the therapy and exercises at the SPD Rehabilitation Centre because he knows he has to stay physically strong in order to care for his ailing parents.

Every morning, Kok Huat ensures that Mdm Low takes her medication, monitors her blood sugar and blood pressure, and maintains her catheter which she is temporarily using due an infection caused by diabetes. Some days, he goes on grocery runs before preparing lunch, which is usually reheated for dinner.

The rest of the day would be slow and uneventful as both his parents are home-bound although the elder Mr Goh would sometimes take long round-trips on buses. With age and the multiple medical conditions taking their toll, incidents at home are starting to become more frequent.

Recently, Mdm Low’s weakening legs gave way as she was getting off the bed. She fell and the contents of her catheter spilled onto the floor. Both Kok Huat and his father struggled to help her up to no avail.

“Finally, I went behind her, bent over and put my arms under hers. I mustered all my strength and lifted her up against my lap and onto the bed in one swift motion.” As he was on his wheelchair and paralysed from the waist down, Kok Huat had no leverage and he was using the strength mostly from his back.

“In that instance, I heard a sickening ‘crack’ and felt a jolt of electricity up my spine. I knew I had hurt myself, probably the nerves in my back, but I will not be going to the hospital. If I am hospitalised, my parents will be left alone at home and there will be no one to take care of them.”

Life had dealt Kok Huat and his elderly parents a series of unforgiving gut punches over the past two decades. It has come to a point whereby Kok Huat disposed of all his photographs as he does not want to be reminded of happier times.

“When I look at the photographs, I felt sad as I missed the better times. With no photographs as reminders, I can move forward and not live in the past. It’s easier for me to cope and I feel happier now,” he reasoned. Kok Huat relaxes by tending to his potted plants and learning to play the guitar again.

With Singapore’s aging population and lower birth rates, many will find themselves having to care for their elderly parents well into their old age, even as their own health deteriorates. Some may choose to neglect this responsibility and look past their obligations when the going gets tough but Kok Huat is determined to provide the best that he can despite his circumstances.

“I will take care of them until I can’t anymore,” said the filial son. 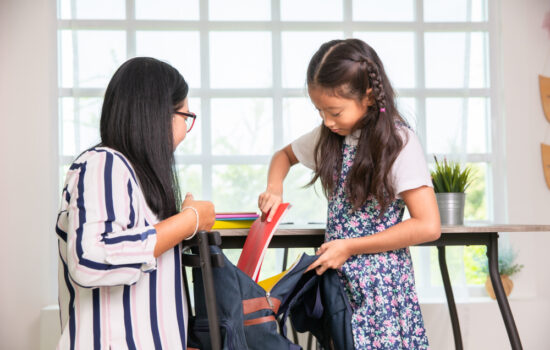 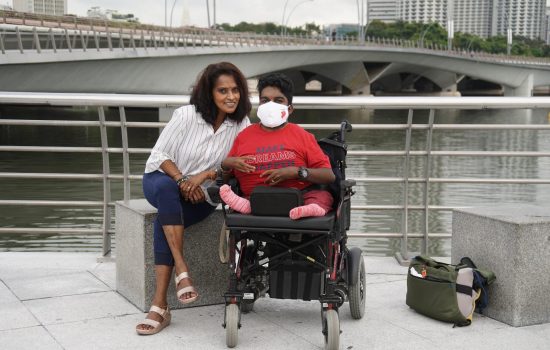 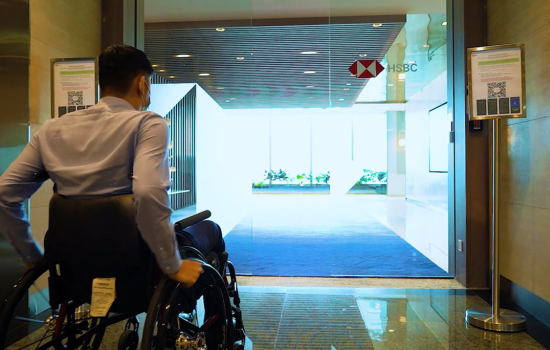 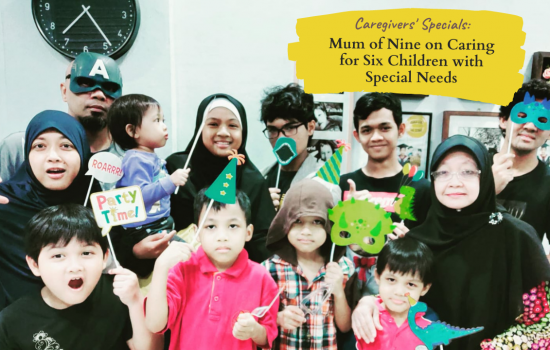